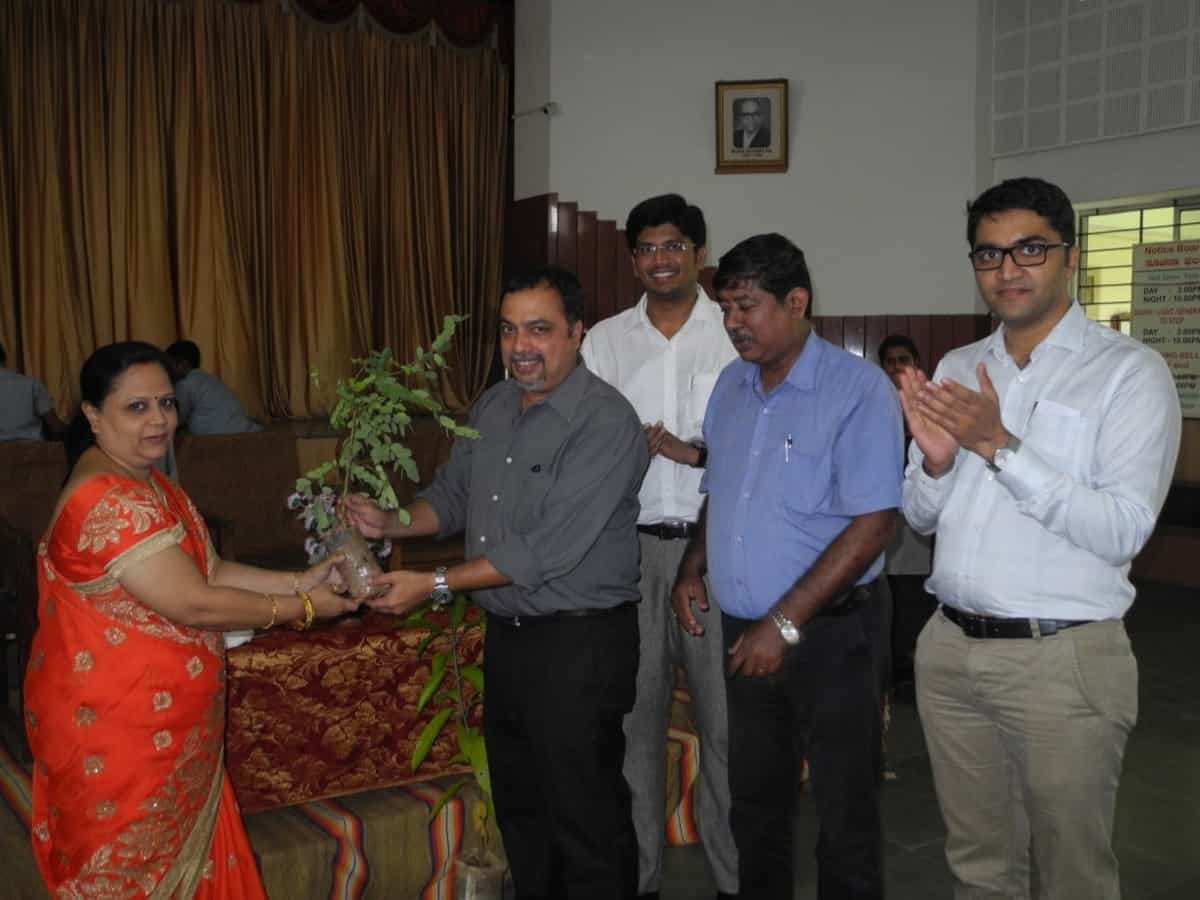 2. Vanamahotsava Programme
The second project of our club for the year 2016/2017 was taken up on the 18th of July at Canara High School, Urwa. In keeping with this year’s theme of “Year of the Child”, the planting of tree saplings was combined with an awareness programme for children. Three Short films, talks on deforestation and importance of trees were arranged. Three saplings were planted in the school grounds and children were given a total of 40 saplings to nurture and grow. Our Interact club was given the responsibility of co-ordinating and inspecting the growth of these saplings over the coming year. The student who has maintained good growth of the given sapling will be handed over a citation and a prize. 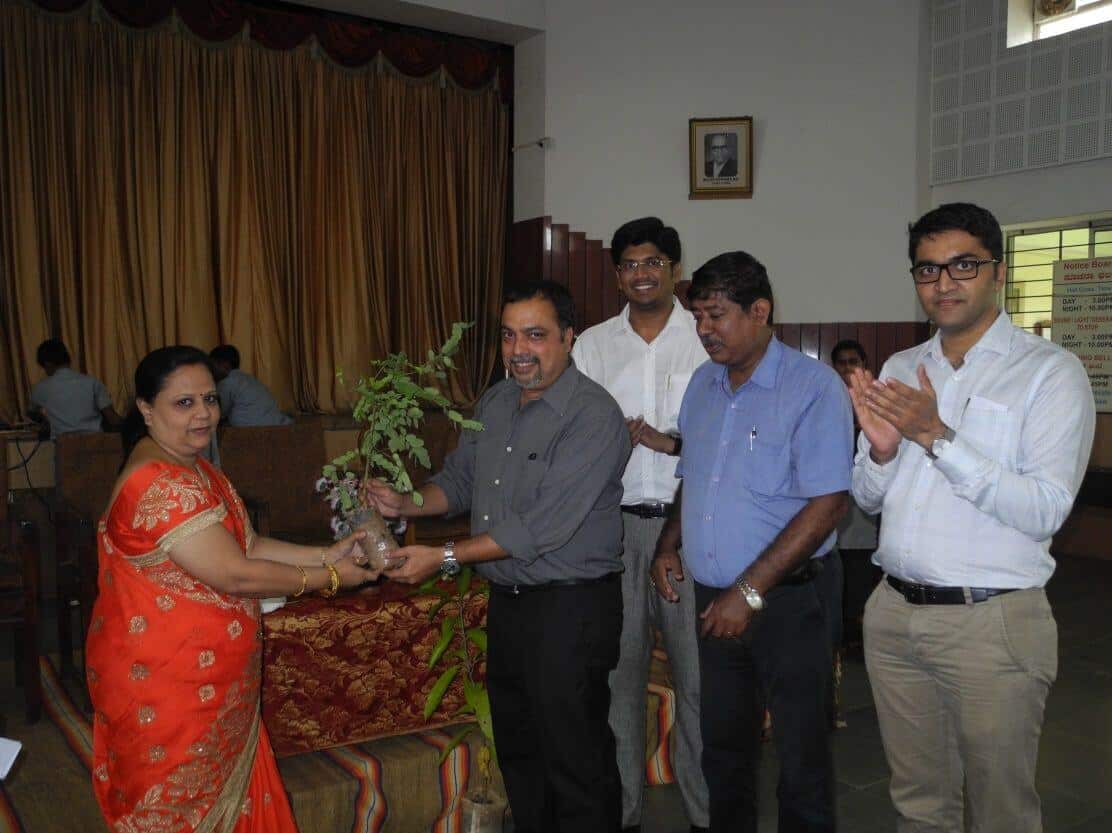 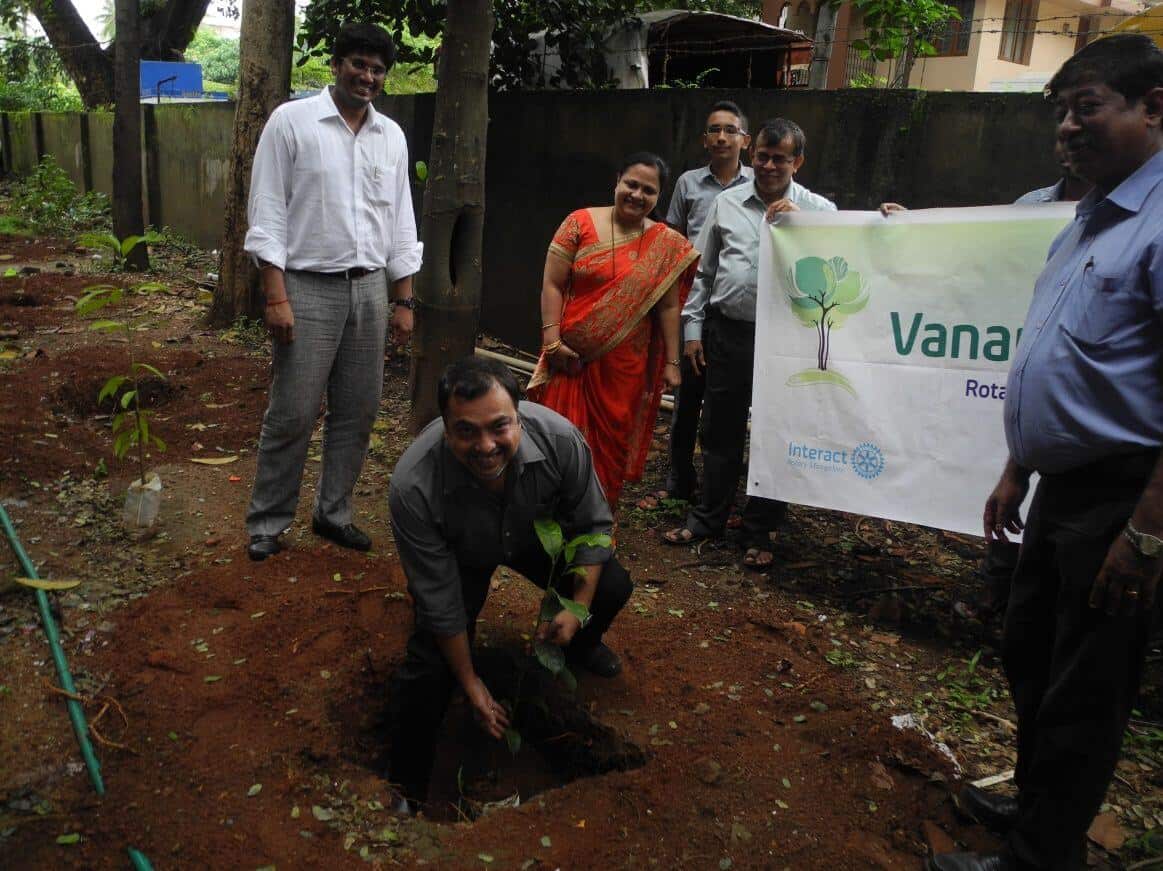