Rtn. PHF R.K. Bhat then commended and recognized our club members in the District Committee & the Club Guests. This was followed by the Symbolic Digital Release of the 1st Bulletin of the year by Assistant Governor Rtn. PHF Yatish Baikampady with help of 2021-22 Bulletin Editor Rtn. PHF Mithun Bhat Kakunje. President Rtn. PHF Sudhir Kumar Jalan then thanked his personal guests for having graced the meeting. Ann Usha Pai spoke representing the Anns Club and wished President Rtn. PHF Sudhir Kumar Jalan a successful tenure as president while also congratulating IPP Rtn. Maj Don. Archibald Menezes for the wonderful year which had gone by. Assistant Governor Rtn. PHF Yatish Baikampady was introduced by Rtn. PHF Vivekanada Pai, who then addressed the meeting. He gave a lovely insight into Rotary activities and threw light on the way forward. Soon after, President Elect Rtn PHF R. K Bhat introduced the Chief Guest for the meeting: Rtn. PDG Abhinandan Shetty. The Chief Guest spoke with an inimitable charm and recounted the values a Rotarian should have. He spoke on the true rotary spirit which is each Rotarian imbibes while working together. To quote Rtn. PDG Abhinandan Shetty: “Rotary should be the bridge between the haves and the have-nots”. While he spoke extensively on Rotary, he did also make pertinent points on specific values like leadership; good leaders prepare leaders and not followers. The Vote of Thanks was delivered by Secretary Rtn. PHF Arjun Nayak following which the meeting was adjourned. Members and guests stayed back after the formal meeting to commend both the outgoing team as well as the incoming team in addition to participating in some lively banter for some time. 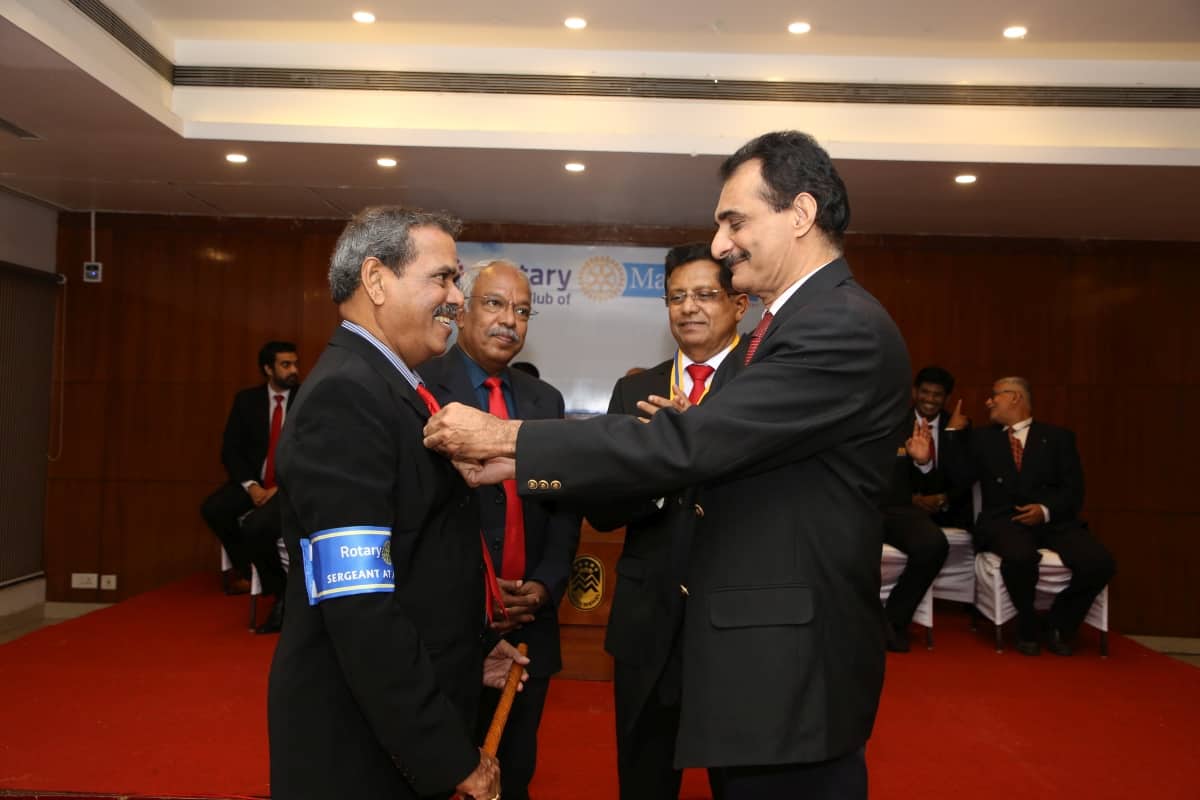 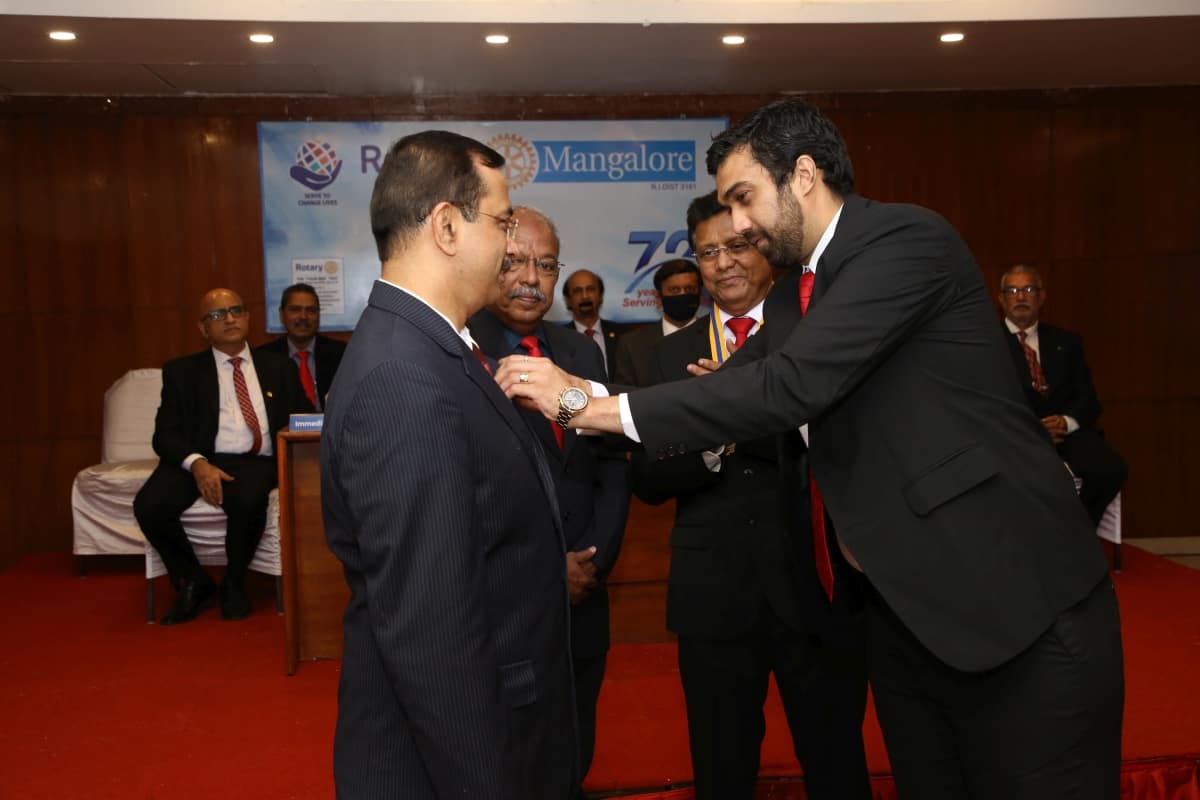 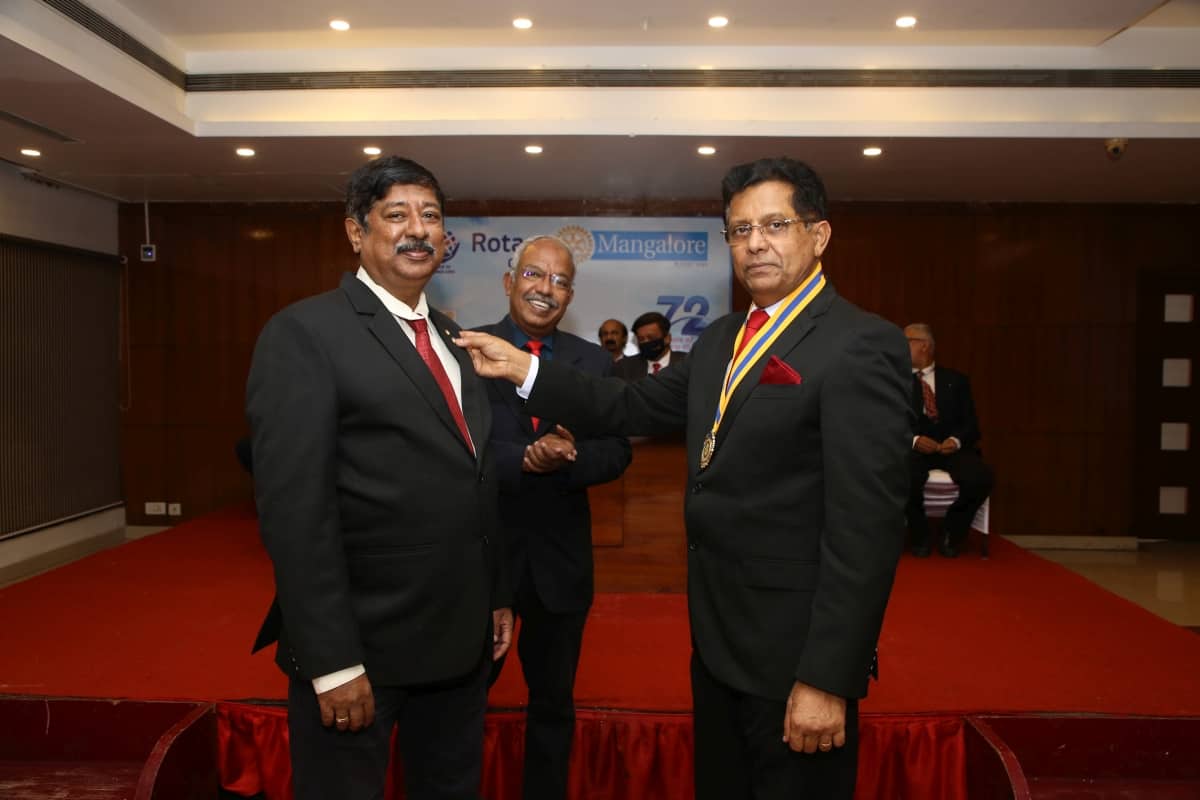 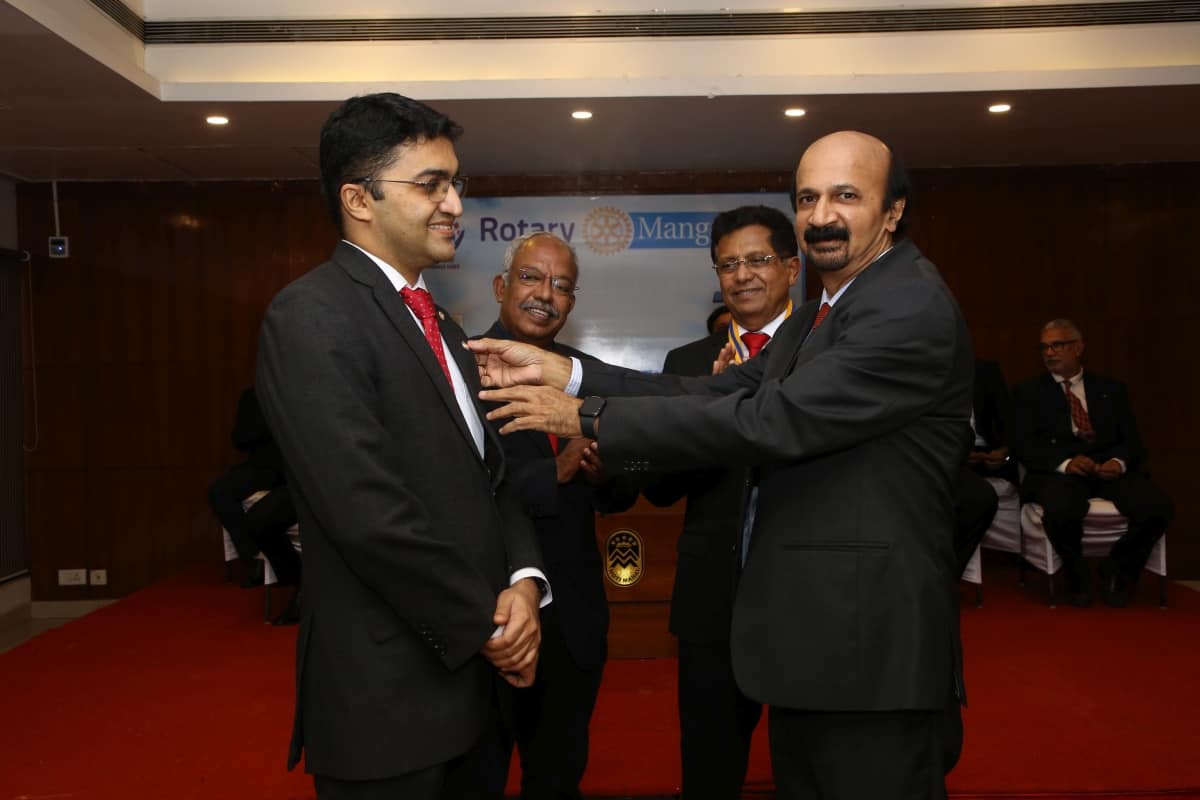 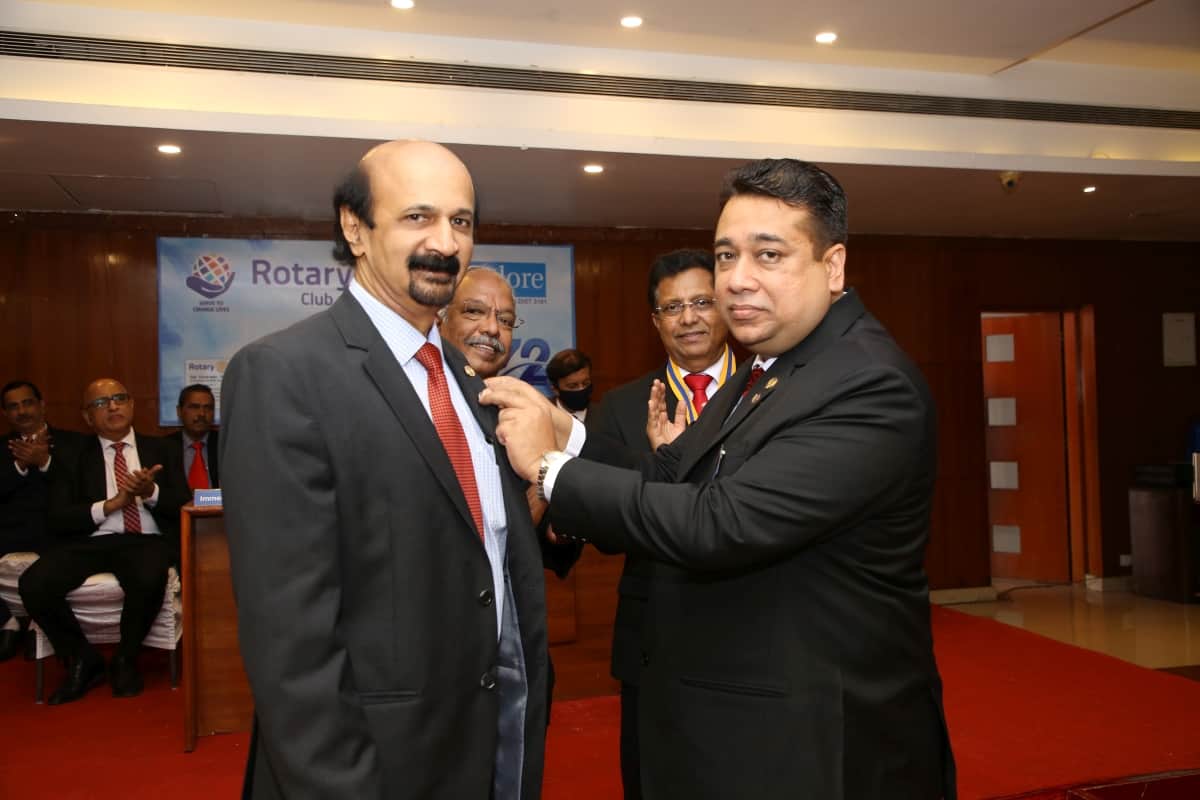 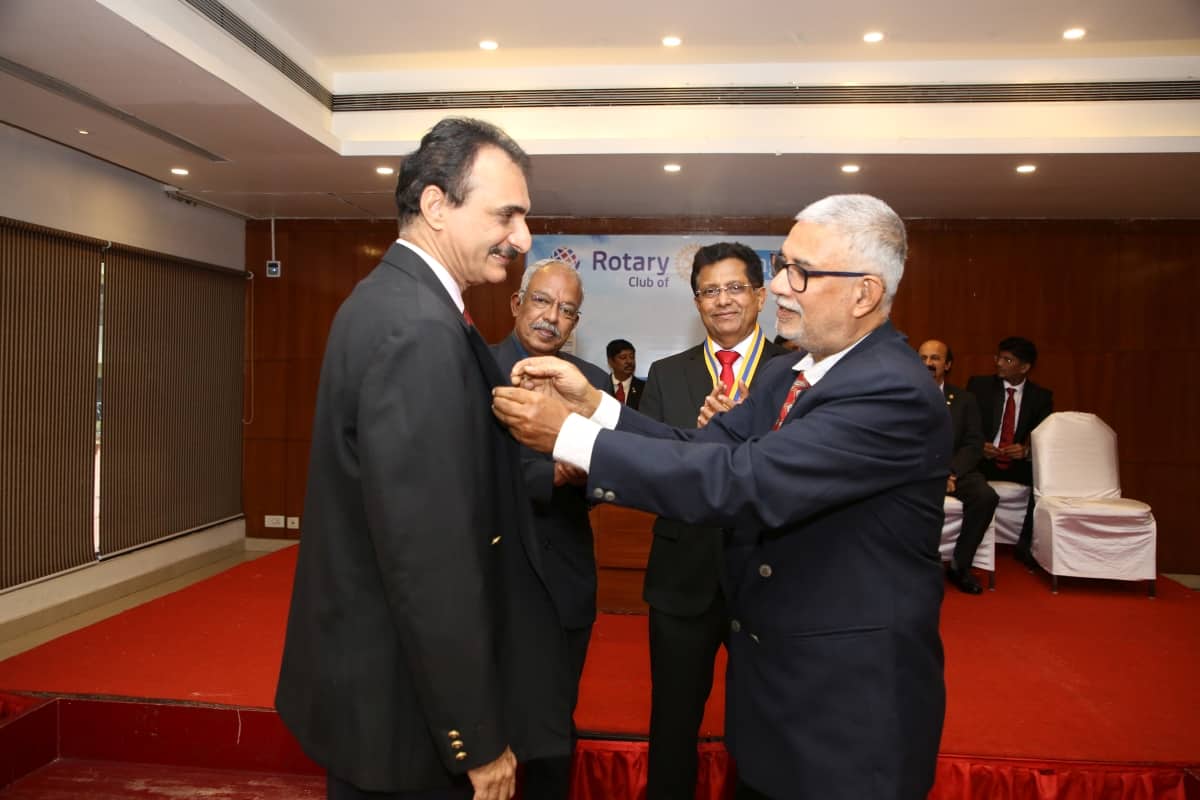 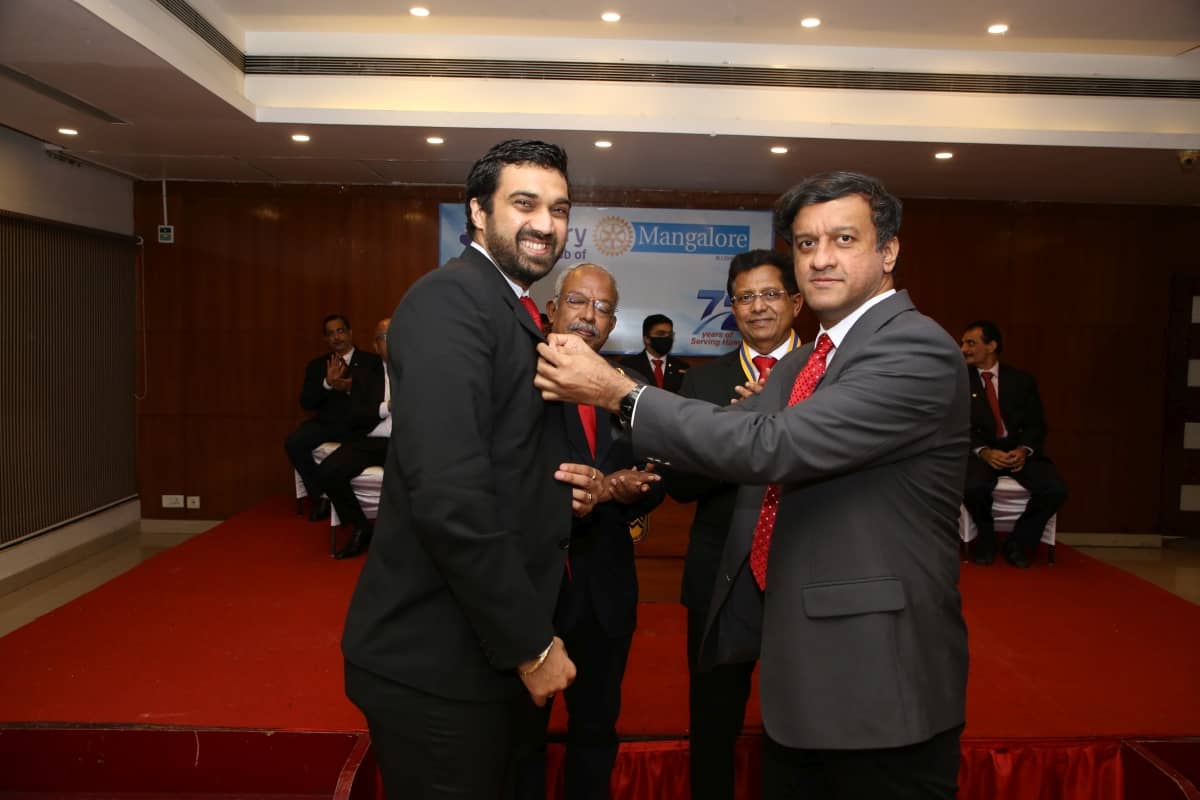 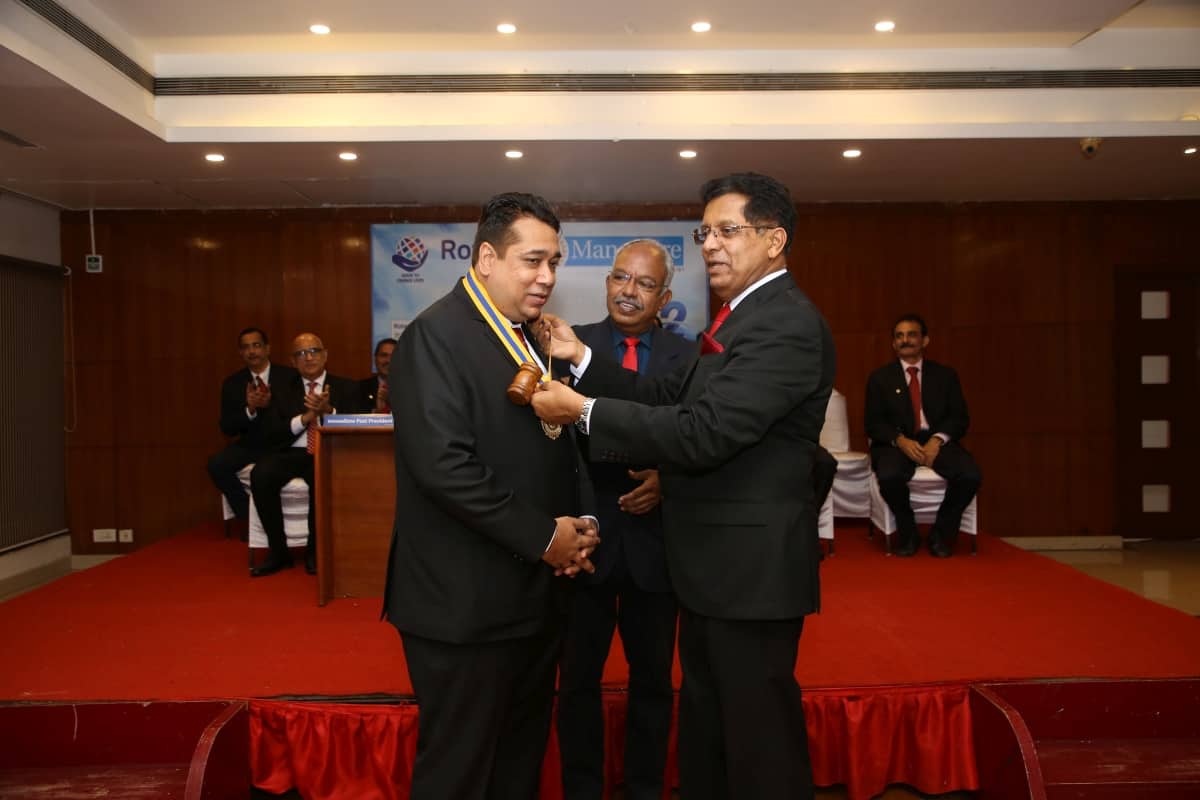 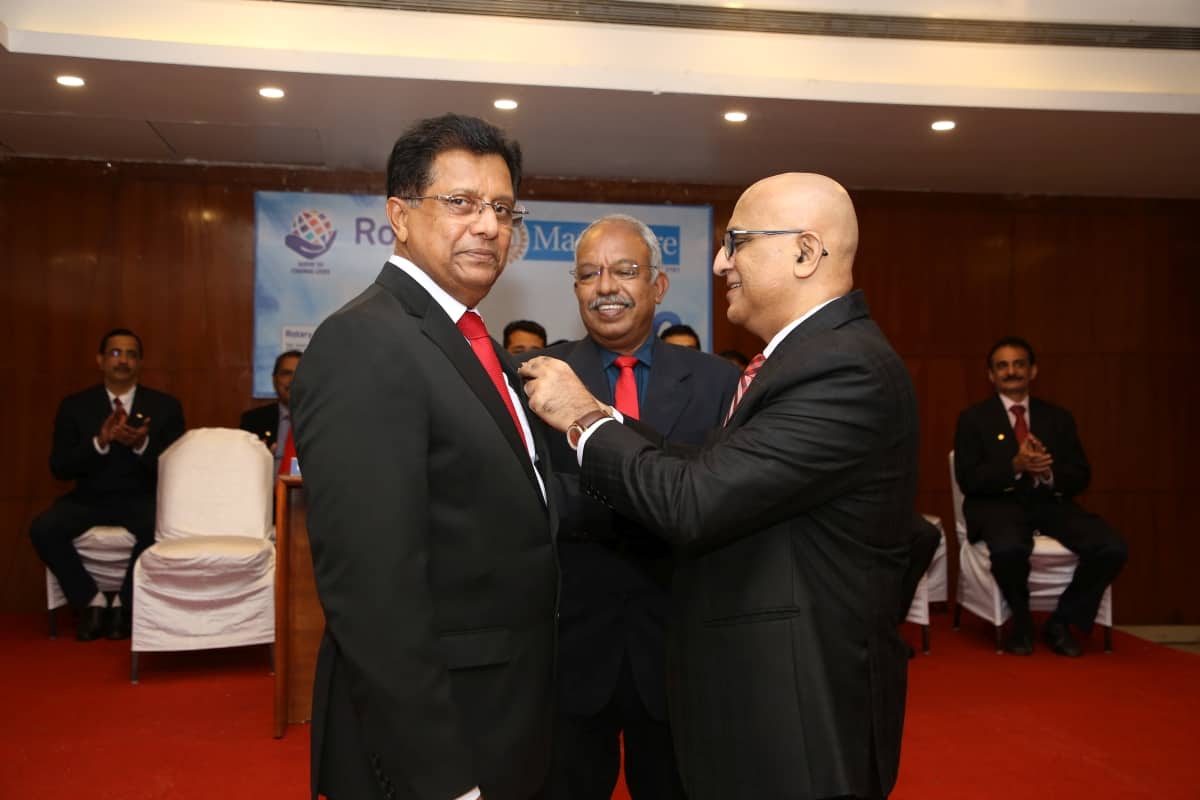 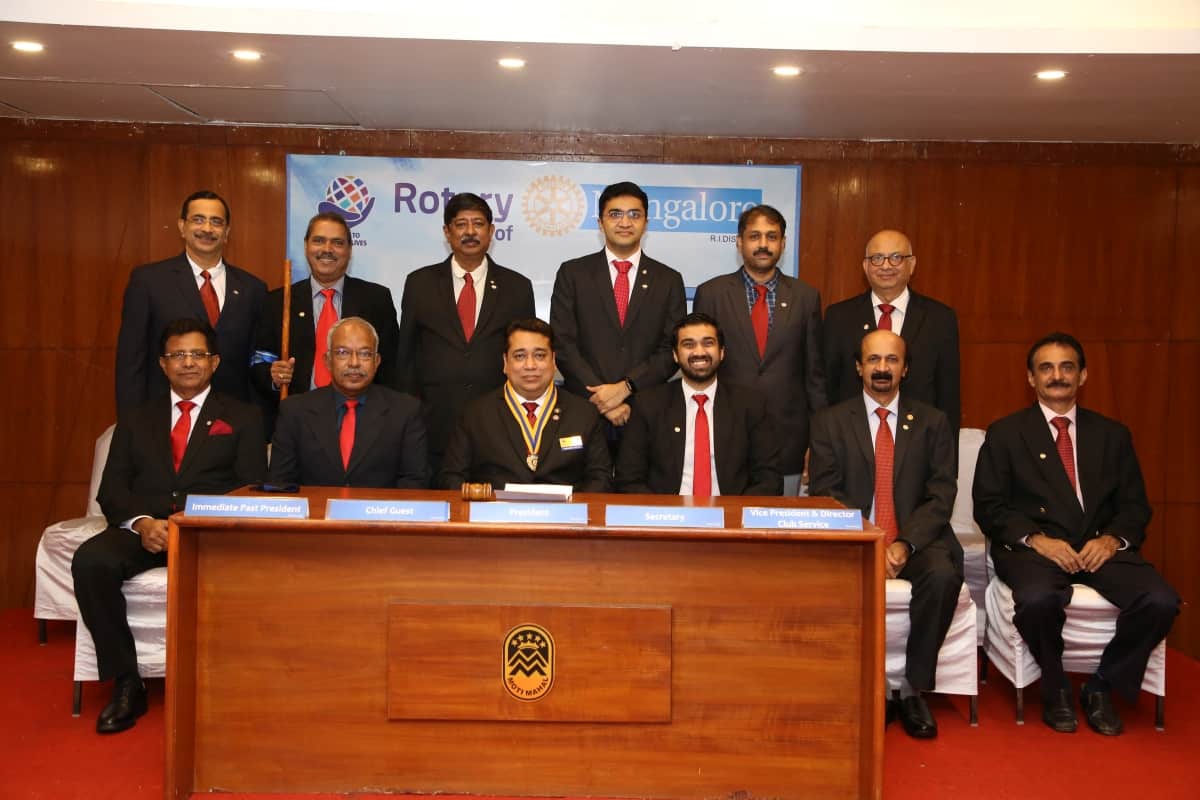