The annual visit by the DG is a red letter day for the club. Rtn. Major Donor Joseph Mathew’s visit was no different. His warm and simple approach made an indelible impression on our club. The meeting was called to order by President Jathin Attavar. The Invocation was rendered by Ann Usha Pai. President welcomed the gathering. VP Rtn. Archibald Menezes introduced the chief guest. Secretary Rtn. Dr. Pramod Kumar delivered the report for club activities. MPHF pins were handed out to members who had contributed handsomely on the occasion. International service director Rtn. Divakar Pai recognised the members who contributed to TRF. An initiative to issue members with an ID card was flagged off. Our member No.1 PP Rtn. M.R. Prabhu symbolically accepted an oversized replica. The Chief guest was invited to speak. He began by appreciating the excellent club projects which were a benchmark. He lauded the president and secretary for their efforts He found them a silent but effective team. He did not consider RCM a club rather he thought of it as an institution. He learnt a lot from RCM which he could implement during his tenure. He noted that the club assembly was conducted very well. He entertained thoughts of shifting to Mangalore, the only hindrance was the weather. He had a special bonding with the club due to the efforts of the members. DG Rtn. Mathew then touched upon the projects visit in the morning. He felt that the Wenlock hospital paediatric wards were like a private hospital in terms of cleanliness and hygiene. The BloodMobile impressed him no end. He observed that a lady donor was unable to donate due to lack of haemoglobin and appreciated the diligence in screening. He was impressed by the enthusiasm of the participants at the mobility training center.

He informed us that it was 20th club visit during his tenure as DG. He called upon the club to be a 100% contributor to TRF. He said it did not matter how small the sum was. He then confessed that some of the stories that he narrated during his speech might be familiar to some rotarians from the district and asked them to bear with him. He spoke of how in Mysore, a boy approached him for support for a cornea replacement, knowing that he was a Rotarian. He was able to help the boy financially purely due to the generous contribution of his club members. He held this as one of the many examples of how Rotary touches lives. He also reminded us of how the near complete eradication of Polio was largely due to financial backing of RI. He suggested encouraging Ann’s to join as rotarians. He invited RCM members to the district conference at Mysore and listed out the eminent speakers expected at the program. Club Secretary Rtn. Dr. Pramod Kumar delivered the vote of thanks. The meeting concluded with the singing of the national anthem and was followed by a sumptuous dinner and fellowship 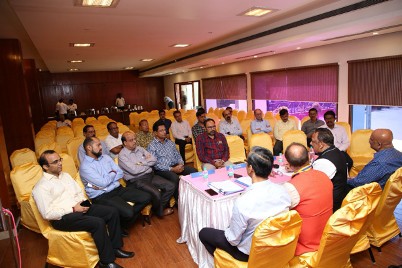 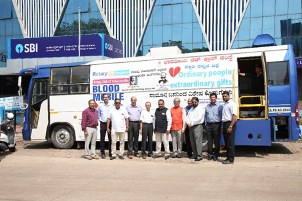 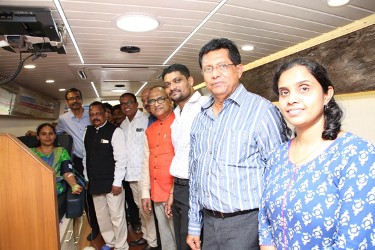 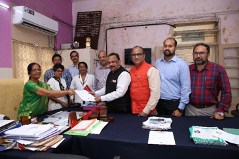 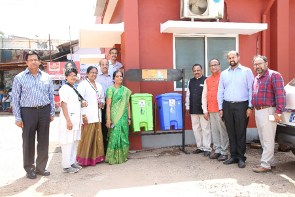 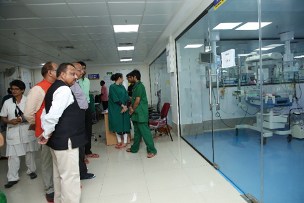 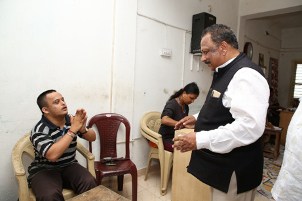 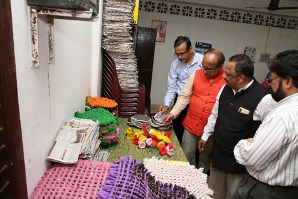